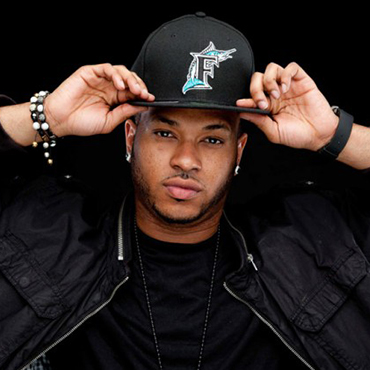 For Kane Beatz, the journey to the top of the charts has been both a learning experience and a dream come true. Along the way, he’s transformed himself from a preacher’s kid to a teenage rapper and emerged as an in-demand producer who now stands at the helm of a multi-platinum hit list. As he boasts on each of his tracks, ‘Kane is in the building,’ for sure, but really, he’s just getting started.

When asked to describe his sound, the Miami-born, Orlando-bred producer (Daniel A. Johnson) notes, “It’s an evolving, musical masterpiece.” At 24, he’s in the midst of building a solid discography which, to date, includes Bottoms Up (Trey Songz), Bedrock and Steady Mobbin’ (Young Money) as well as Super Bass (Nicki Minaj) and The Show Goes On (Lupe Fiasco), among them. He’s also shared the studio with Drake and produced album tracks for Birdman, Young Jeezy, Flo Rida, T-Pain, Chamillionaire and Plies. For his efforts, he was named as one of BMI’s Producers of the Year (2010), scored 2011 ASCAP Awards in both the Pop and Rhythm & Blues categories for Bottoms Up and landed at #3 on Billboard’s coveted list of urban producers. With all that he’s accomplished thus far, he remains on his grind as he strives to create the perfect song and “change the game,” as he says. “I’m trying to make hit records, every time.”

Raised on the west side of Orlando – which, by his own admission, is vastly different from the majestic world of tourism and neighborhood theme parks – Kane Beatz grew up in the church that his father built. He recalls the many hours he sat for piano lessons and as gospel music was the primary soundtrack of his youth, he knew very little of the music scene beyond the church steps. By middle school, however, he changed the dial on his radio and was introduced to the sounds of his fellow Southern brethren including Master P and the No Limit Soldiers, the Cash Money Millionaires and Outkast, whose 1998 hit, Rosa Parks, remains one of his favorite songs. Will Smith’s Gettin’ Jiggy with It was another top pick. “When I think back, I can see how much hip-hop has influenced my life,” he notes of the music and culture that continues to shape his experience.

Once he got to high school, he joined his friends in a rap group and started making beats by mimicking what he heard on local radio – mainly, anything produced by Mannie Fresh and Lil’ Jon. Eventually, he filed away his book of rhymes to focus on producing and soon after, began leasing and selling his beats to independent artists via the internet. That’s when Atlantic Records took notice. “I got a lot of hits on Soundclicks.com and ended up in the #1 spot,” he says. “Atlantic found my profile on the website and contacted me when I was a senior in high school.” A production deal was on the horizon, but the pieces wouldn’t come together until he was a college coed

Honoring his parents’ wishes, he enrolled in the Christian-based Oral Roberts University where he studied Business Administration and Music Technology. “There were a lot of musicians and I learned so much from working in the studio. I felt free to be creative,” he says of about his tenure at the Oklahoma college. “My teachers really encouraged me to keep pursuing my music.” By sophomore year, he did just that when, at 19, he signed with Atlantic and teamed with Trick Daddy for the underground hit, Tuck Ya Ice, which was his first placement. Meeting Birdman on the set of the video was the next step in upping his profile as it opened the doors to his future collaborations with the Cash Money Records’ roster, most notably, Lil’ Wayne. He has not looked back since. “I knew I was on my way when Wayne shouted me out on Steady Mobbin’,” he says. “The first day I heard that song, I just played it over and over, all day long. He’s the type of artist who understands the power he has, so from that moment on, I knew that all eyes were on me.”

Now that he’s laid the foundation, Kane Beatz is looking forward to expanding his crossover appeal as he delves further into the worlds of pop and R&B. His wish list includes Justin Bieber, Eminem, Rihanna, newcomer Frank Ocean and he’d “love to work with Beyonce’.” He’s also focused on evolving his brand. With the 2010 launch of The Building Productions, he’s got his sights set on nurturing the talents of the next generation of artists, musicians and producers. Stay tuned.

So what keeps him inspired? “Competition and my drive to stay ‘up.’ My goal is to create something epic,” he says. “I want to make music that’s timeless.”